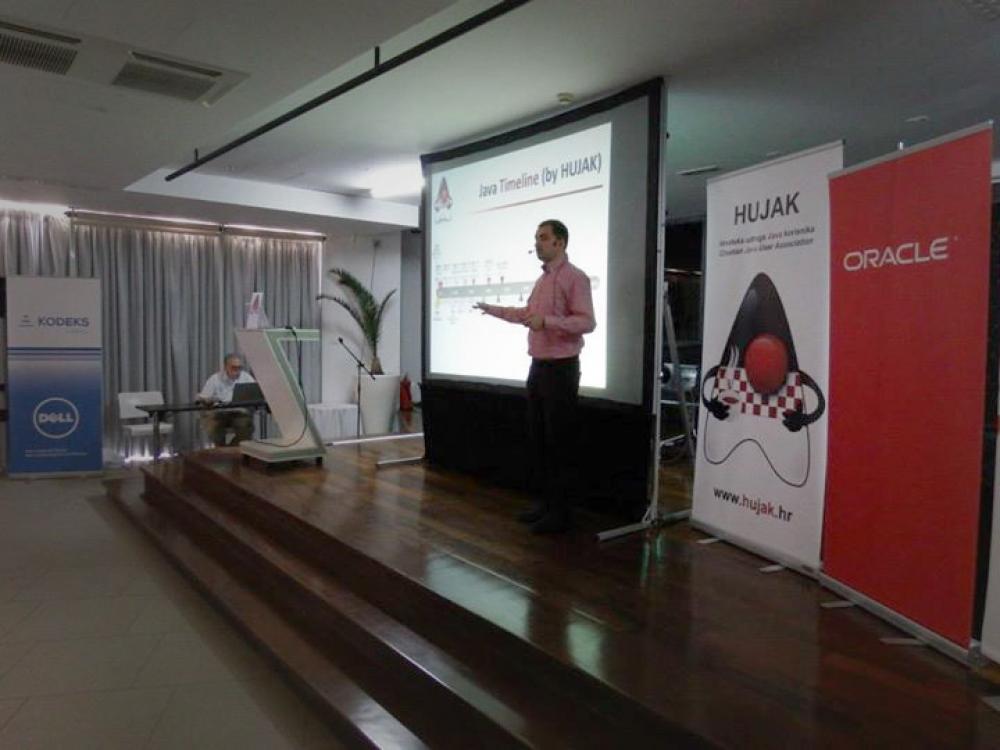 This year again, HUJAK and HrOUG joined in organizing one of the largest Java-related conferences in this part of Europe, the fourth edition of JavaCro. The conference took place at Crveni Otok (the Red Island) near Rovinj, and during those two days the interested audience had the opportunity to take part in various talks about the current and future technologies related to the vast ecosystem of Java.

This year a lot of attention has been given to the upcoming Java EE 8, which was one of the keynotes, as well as the Spring framework. Oracle’s David Delabassee held a talk about the coolest new features expected in the next version of Java EE, and some of the proposed standards expected to emerge out of the currently ongoing process of specification, which is expected to finish by the end of 2016. David also reflected on the HTTP/2 specification and standardization, and how it will affect Java programmers and users. A lot of HTTP/2 features actually emerged from the current protocol called SPDY, which is a result of Google’s effort to resolve some of the HTTP v1.x shortcomings in modern web usage. In essence, HTTP/2 is already supported by the the majority of the most popular browsers and is becoming a de facto standard, until official standardization takes place. 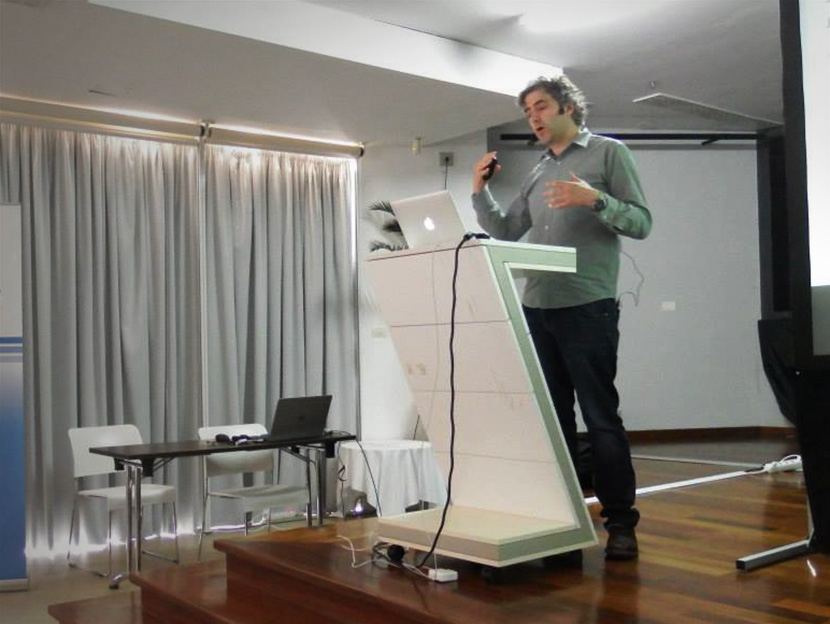 The “agile” buzzword was the topic of two talks of this year’s conference. The first talk raised some dust with an interesting title, “Is history teaching us that Agile is dead?”.While the talk did not give a clear and direct answer to the question, it showed how two aspects of software development, technology and methodology, have grown through time. Technology has been under the spotlight most of the time in history of software development, but methodology has been proven to be a necessity, though still stuck in 1970’s, according to the presenter. The other Agile talk also emphasized the importance of agile methodology in software development and showed how to start with agile development in the first place.

Spring was one of the hot topics on the conference, and maybe even the most popular framework of choice, when there was any mention of a practical piece of software built to support the talk. Although there was no direct advertisement, it seems that there was a clear preference toward Spring among the developers presenting their talks. One of the notable talks was about Spring Boot, a solution built as an abstraction layer “above” the classic Spring application, which simplifies configuration and maintenance of Spring application, making it easy for developers to bootstrap and deploy applications; Spring Boot allows automatic configuration of environment, deploying an application as standalone versions (no need for a dedicated application server), providing metrics, health checks and a lot of other nifty features.

Yet another interesting topic that was presented in several talks is a concept of microservices. It’s basically a software architecture style/pattern where a complex application is broken down into smaller, completely independent processes that can be written in any language and that communicate with each other via APIs. The services are small, encapsulating a meaningful piece of business logic, thus allowing logical separation and easy scaling because the services can be replicated among a single or several nodes. This pattern of architecture is not applicable for all applications, of course, nor is there a strict “specification” that disallows of hybrid solutions so it’s worth noting that EJBs might be viewed as an example of this architectural style.

Aside of the formal part of the conference, some entertainment was also on repertoire. Participants could try themselves in karaoke, darts, table football and FIFA 2015 tournament  (where we won a golden medal ;-) ). Or, just enjoying great company.